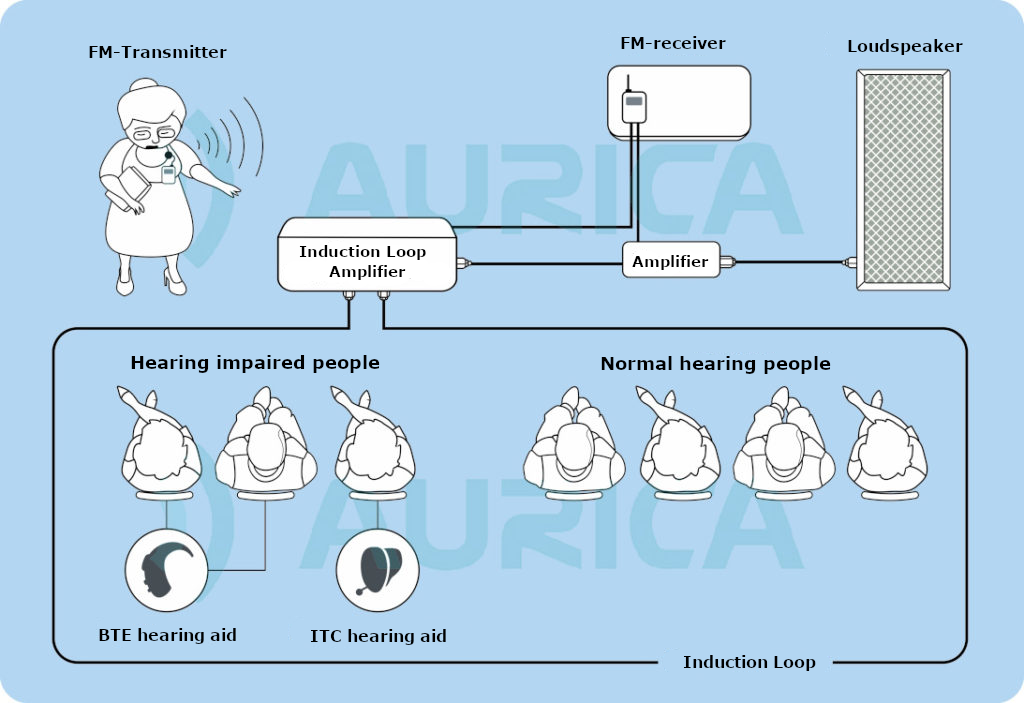 In large rooms – such as conference halls –Dialogue FM-system can be used in combination with Aurica induction systems for hearing-impaired people.

Using only an induction system without an auxiliary FM-system, a lecturer can’t freely move around the room, because his microphone is non-removable.

However, if the speaker uses the Dialogue FM-system together with the induction system, his voice will go to the microphone of the transmitter and be relayed to the desktop receiver. The receiver in its turn will send the sound over to a regular amplifier (for people with normal hearing ability) and to the amplifier of the induction loop (for hearing-impaired people). In this case people with a hearing loss won’t need auxiliary devices to hear the speaker.  The sound from the induction loop amplifier will go right to their hearing aids.

An undoubted advantage of using induction systems together with the Dialogue FM-system is that neither the speaker nor the listener is limited in moving around the room. Besides, these two systems when used togetherensure extra clearness of the sound for hearing aid users.

The beginning of something new is always exciting, but we believe that the best is yet to come! We wish you enter the new year with a great mood, END_OF_DOCUMENT_TOKEN_TO_BE_REPLACED